With the nRF52, you run all of your keyboard firmware code directly on the nRF52 and no external MCU is used or required for Bluetooth functionality!

For more information on the NRF52832, see the detailed 553 pages product specification

The BlueMicro firmware uses the Adafruit nrf52 feather bootloader, libraries and allows for the following features:

There are several modules available that uses the NRF52832 or nRF52840 SoC. For example, the reference design for the BlueMicro Hardware, the Adafruit NRF52, uses the MDBT42Q module from Raytac. Over the last few years, many modules have been made available, in various form factors and available at different price points.

Some of these modules have FCC Certifications while others don't.

To be able to be used as processor for a Custom Keyboard, the NRF52832/40 module must be installed on a breakout board that's compatible to be inserted in the custom keyboard in question.

The list of keyboards that can use the NRF52 processors is countless. However, when implemented with modules and breakout boards, compatibility most often comes down to the electrical connection and the physical dimensions available. For example, the BlueMicro hardware (nrf52832) has an electrical connection that's compatible with the Pro Micro, but its physical dimensions is about twice as long; limiting its use to keyboards with sufficient room in line with the Pro Micro board.

Finally, since the main goal of switching to a nrf52 processor is to convert a keyboard from wired to wireless, physical space for a battery is the next consideration for compatibility with a specific keyboard.

Keyboards - Using directly in the Keyboard#

It's possible to design a keyboard to use the NRF52 chip or a NRF52 module directly on the Keyboard PCB. This allows the most flexibility in using the available GPIOs and adding any other functionality that cannot be implemented on a breakout board due to the limited space available.

One such example is the Blue Ortho.

What about Nordic Semiconductor's...#

This is a relatively new chip that supports on-chip USB. There is more Flash (1Mb), more RAM (256kb), more GPIOs (48 instead of 32), can run with 5V, and also has a USB 2.0 controller. Wired HID functionality will be available through the use of the TinyUSB Library. Adafruit has a couple of versions hardware that uses this chip. They have extended the library to support this new chip. The BlueMicro firmware supports this chip.

This chip is very similar to the NRF52832 but has less features, flash space and ram. There are fewer modules available with these than with the NRF52832; often at higher prices due to their limited availability. The NRF52 Adafruit library does not support this chip. As such, it's recommended to go directly to the NRF52832 or nRF52840.

The NRF51822 is an older device that uses a 32-bit ARM Cortex M0 CPU core. Adafruit does have a NRF51 feather, however, it does not support the NRF52 libraries. The NRF51 based Bluefruit boards run as modules that you connect to via an external MCU sending AT style commands over SPI or UART. Not recommended.

This is a new chip that sits between the 832 and 840. It's extended temperature range makes it attractive for commercial and industrial applications. Due to comparable features with the nrf52840 and their availabilities, most will select the NRF52840 instead of the NRF52833.

This is the newest chip from Nordic Semicomductors. It has been announced November 2019. Unlike previous generation chips, it has 2 cores: A 64 MHz network core for handling radio communications and an 64MHz or 128 MHz application core. Both cores are ARM Cortex M33. Chips aren't available for sale yet. It's not clear if the library will support this chip. 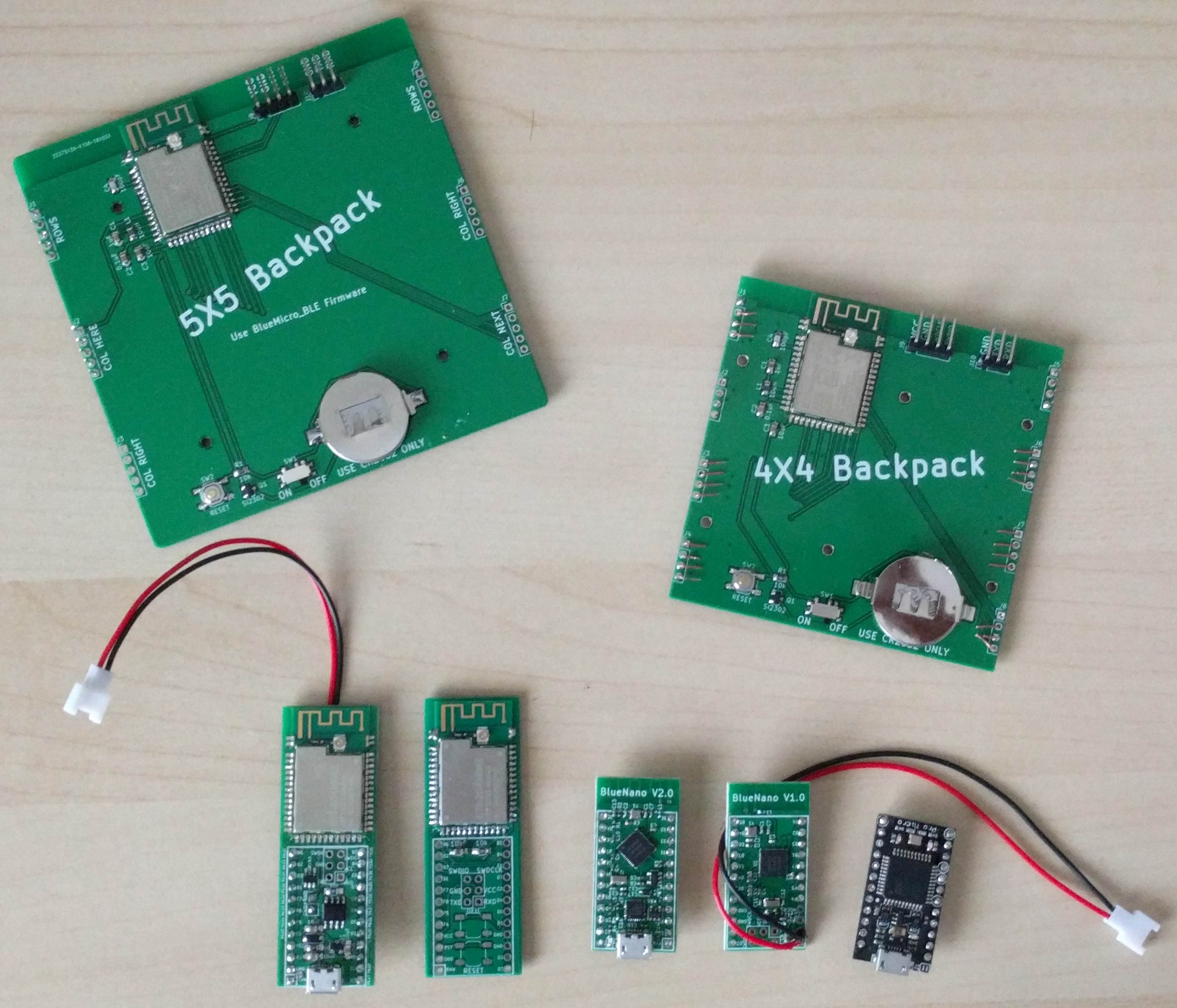